Posted on July 6, 2014 by Shirley Harris-Slaughter

I want everybody to welcome my wonderful friend Danica Cornell. I love her like a sister so please pay attention and leave your comments. Give her your undivided attention because she really has something to tell you.

Before I begin, I’d like to thank my dear friend, Shirley Slaughter, for inviting me to appear as a guest on her blog. Shirley and I met several months ago through Rave Reviews Book Club, and I can honestly say she’s one of the kindest and most supportive author-friends I’ve come across to date. It also doesn’t hurt that she’s a talented writer! Many thanks, Shirley. I’m truly honored to be here today.

For those of you who don’t know me, I’m both a writer and long-time fan of science fiction—not just because of its sexy, futuristic technologies, but also because of its exploration into the really hard questions, like, why are we here and are we alone? In fact, it’s been through my immersion in this genre’s boundary-pushing plots that I’ve come to understand something which first glance, may seem counterintuitive. And yes, as you may have surmised by the title of this post, it has to do with aliens.

So here it is—the unvarnished truth. You know all those stories about humans coming into contact with aliens? Well, I’m here to tell you, they’re actually more about us than them. I know it sounds a little crazy. Or maybe even a lot crazy. But from my perspective, these larger-than-life extraterrestrials—the ones who light up our imaginations—are actually carefully crafted teachers with important messages for each and every one of us.

Allow me to explain…

When you think about it, malevolent extraterrestrials, (i.e., The Bad Guys), such as the one depicted in the post-apocalyptic film, Oblivion (2013), remind us of the inherent darkness in human greed and corruption. Why? Because in a sense, alien characters who invade our planet and harm the masses, can be thought of as metaphors for unchecked human greed. Expanding on this, it could even be suggested that some of today’s behemoth corporate entities behave like ill-intentioned aliens. How so? In the way they “invade” the lives and consciousness of people through resource acquisition and advertising, while simultaneously “killing” others through downsizing, outsourcing, and unethical, (although legal) tax practices.

Having said this, with Oblivion’s global alien overlord and rampant use of drone technology, there’s little doubt many see this movie as a politically-motivated. I personally view it as a sociopolitical allegorical tale, but either way, one thing’s for certain. Such stories have the power to rattle and awaken us—but only after their hidden messages are revealed to us, in a way we as individuals understand to be true. Of course such films may have more obvious messages as well, but it’s in peeling back the layers and considering the time in history each screenplay (or novel) is written and consumed, that we really begin to get at the heart of the alien-teacher matter.

Of course, not all extraterrestrials have been portrayed as enemies of humanity, which brings me to my next point.

I believe it’s been through science fiction’s benevolent alien characters, (i.e., The Good Guys), that we’ve been given opportunities to see things about ourselves which we might otherwise want to forget. For example, behaviors like no longer questioning authority or losing our sense of wonder amidst a sea of adult responsibilities, were the themes explored in the Hollywood blockbuster, E.T. (1982). You remember that one, right? Where the friendly alien wanted to “phone home”? I was pretty young when that movie came out, but even then, it was clear the adult characters in this story had lost touch with their own sense of wonder.

The E.T. character was extraordinarily kind and gentle and posed no threat to humankind. As such, he taught me not to alienate others simply because they are different. In his unique way, he nudged me in the direction of remaining open-minded, divergent-thinking, caring, and truth-seeking. But perhaps most significantly, E.T. reminded me that all of sci-fi’s aliens are really teachers with profound messages for each and every one of us.

I wonder if the same is true about the real extraterrestrials. 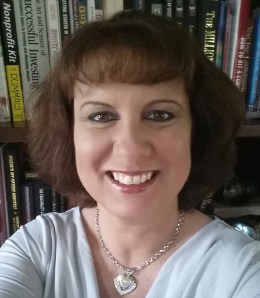 Danica Cornell is the author of the forthcoming DARK STAR Sci-fi/Fantasy Series, soon to be published by Cool Geek Books. To learn more about Danica’s work, her love of dogs, and her support of UNICEF, please visit her website at www.danicacornell.com.

I love old buildings and history. That's why I ended up writing about the history that surrounded me all of my life - "Our Lady of Victory, the Saga of an African-American Catholic Community." Plus our church had closed and the school is torn down, so I felt it was imperative that we preserve the history or it would be lost forever.
View all posts by Shirley Harris-Slaughter →
This entry was posted in Guest Blog and tagged Aliens, Danica Cornell, DARK STAR Sci-fi/Fantasy Series, extraterrestrials, messages, Rave Reviews Book Club, science fiction, Shirley Slaughter. Bookmark the permalink.