Posted on July 29, 2016 by Shirley Harris-Slaughter

It is my pleasure and privilege to host Yvette Calliero on my blog today. I am a fan of her work and thrilled to introduce her to my followers. On this tour Yvette will talk at great length about how she named her characters and because I read this book, it should prove to be quite a story. So lets give Yvette a warm support and a warm welcome!!

Part of writing a novel in which you are creating a new world is coming up with terminology that describes them.  I grew up reading CS Lewis and JRR Tolkein, so I loved fantasy and the weird names that came with it.  When trying to decide what to call my new beings, I knew that I wanted the name to be connected to their purpose in life.  I am a huge fan of Greek mythology, so I decided to borrow some terms from the Latin and Greek times.

My new beings were created to heal and protect humans, so I looked up those two words in Greek and Latin.  Almost immediately, their name stood out to me.  In Greek, sodzo means to protect, to save, and to heal.  Also in Greek, dia-sodzo means to save and heal thoroughly, to make perfectly whole.  And so, my Diasodz were born!  The singular and plural forms vary based on the pronunciation of the z at the end of the word.  If it is singular, the z is silent.  If it is plural, it is pronounced.

There are two classes of Diasodz.  Neither one is superior, though some of the Diasodz would argue with me.  The Altorus class is made of the protectors.  In the old times, they were the soldiers, the warriors, and the police.  The Curatus class (in Latin, curatio means to heal or care for) are the healers.  They were the medicine men, the doctors and nurses.

Within the Diasodz, there is an oracle who gives very cryptic prophecies.  There are also the Elders (love them).  The Elders are the highest court of their world.  There are five of them, each representing an element: earth, air, fire, water, and spirit.  They are very powerful.  No one can look upon them without losing his/her eyesight.  They take no shape and are recognized by the color of the robes that they wear.

Of course, the Diasodz have an enemy.  Their enemy strives to destroy them and prevent them from helping humans.  For them, I went with the word raze, meaning to tear down or demolish.  They became the Raizyns.  Their class structure is a little more complicated than the Diasodz.  First, let’s start with the fact that Raizyns are Diasodz who have turned their back on their Goddess and chosen to follow Lucifer.  There is a Raizyn King and Queen who are allowed to keep their Diasodz form.  There are Diasodz who pledge their loyalty but do not swear a soul oath.  There are just a few of these because Lucifer is not a very trusting person.  And then there are those who swear a soul oath.

In order to join Lucifer’s army, He requires a Diasodz to give his soul over to his cause.  After giving his oath, if he/she should ever betray the Raizyns’ cause, he/she would perish.  It’s a big deal because when they make the soul oath, they lose most of their Diasodz powers and they lose their Diasodz looks.

If they were a Curatus as a Diasdoz, then they become a deminion as a Raizyn.  When I first thought up the word in 2010, I looked for it online to see if it meant what I wanted it to mean, and there was no information anywhere for the word.  Now, it’s everywhere. Go figure!  I wanted a lesser demon, but that sounded boring.  My son was watching The Minions one day, and I just put the two together and got deminions.  It sounded good to me, so I went with it. lol!  Deminions are hideous creatures.  Think tiny versions of the orcs from Lord of the Rings.  Creepy and vicious!

Hope you enjoyed a little vocabulary 101 for the world of my Diasodz. 🙂 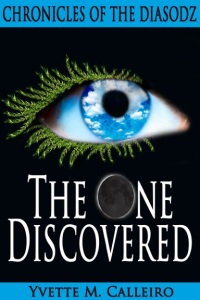 How do you choose when both options have dire consequences?

Sofia is a 17 year old who is quite content with her life.  She has a caring boyfriend who also just happens to be her best friend since birth.  She has a loving mother.  She is successfully completing her last year of high school and enjoys her part-time job.  She can’t imagine wanting more from her life…until Ar’ch (pronounced Ar-rick) enters her dreams, sparking a burning flame inside of her that she can’t seem to extinguish nor does she want to.

Ar’ch is a Diasodz (Die-ah-sodz), a species created by the Goddess back when God created humans.  Diasodz were made to heal and protect humans, but when the Diasodz turned their backs on helping humans and left Earth to live in their own world, the Goddess abandoned them.  Since then, their powers and their very lives have been fading.  A prophecy foretold that a young girl born on Earth would be the Diasodz’s savior.  Ar’ch and his brother, Angel, travel to Earth to retrieve her and bring her back to their world before her death day in order to save their kind.  Ar’ch knows the drill: find the target, capture her, and safely bring her home.  But what happens when the target captures his dormant heart?

Choices create action.  Actions have consequences.  When faced with the truth, what choice will Sofia make?  Will she be able to accept the consequences that follow?

To learn more about Yvette M. Calleiro, or to purchase, The One Discovered, please visit:

I love old buildings and history. That's why I ended up writing about the history that surrounded me all of my life - "Our Lady of Victory, the Saga of an African-American Catholic Community." Plus our church had closed and the school is torn down, so I felt it was imperative that we preserve the history or it would be lost forever.
View all posts by Shirley Harris-Slaughter →
This entry was posted in Spotlight Authors and tagged Altorus, Angel, Ar’ch, Caelagios, Curatus, deminion, Diasodz, Elders, Lucifer, Raizyns, Sofia, Yvette Calleiro. Bookmark the permalink.