Posted on August 4, 2017 by Shirley Harris-Slaughter

AND HERE HE IS! AUTHOR BEEM WEEKS ON THE FOURTH DAY OF THE
WATCH “RWISA” WRITE SHOWCASE TOUR!! 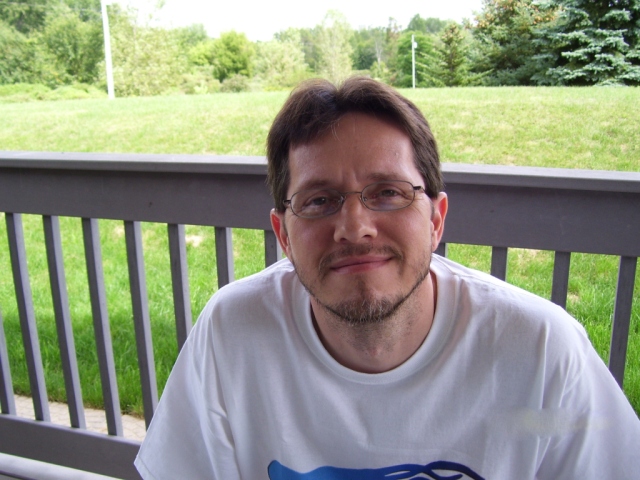 “That’s an easy one, Daddy. Just sound it out.”

“I just ain’t cut out for this, Jamie Lynn.”

The girl’s countenance dropped in disagreement—just like her mother, that one.

“So, you’re a quitter now?” she bellowed, sounding too much like the woman who’d walked out of their lives two years earlier.

“Reading is something everybody should be able to do, is all I’m saying.”

“It’s easy for you,” Levi argued. “You’re just a kid, still in school. You have teachers telling you what to do and how to do it. I’m just too old for learning.”

The girl narrowed her gaze, jabbed a finger into the open book. “From the beginning,” she demanded.

His heaving huff meant he’d do it again—if only for her sake.

Words formed in his head before finding place on his tongue. Some came through in broken bits and pieces, while others arrived fully formed and ready for sound.

Jamie’s excitement in the matter is why he kept trying. Well, that and the fact he’d long desired the ability to pick up the morning paper and offer complaint or praise for the direction of the nation. All those people in the break room at the plant held their own opinions on everything from the president to the latest championship season enjoyed by the local high school football team.

A smile worked at the edges of his lips, refusing to go unnoticed.

“I’d like that, Sweet Pea.” That’s all he’d say of the matter. If it came to that, well then, he’d have accomplished something worth appreciating.

Levi harbored bigger notions than merely reading books. When a man can read, he can do or be anything he wants to be. His own father often said a man who can’t read is forever in bondage. How can a man truly be free if he cannot read the document spelling out the very rights bestowed upon him by simple virtue of birth? No sir; being illiterate no longer appealed to him.

Of his immediate family—father, mother, two older brothers—only Levi failed to attend college. Oh, he graduated from high school. Being a star quarterback will afford that sort of luxury. But when those coaches from the universities came calling, low test scores couldn’t open doors that promised more than a life spent in auto factories.

He’d seen a show on TV about a man who’d been sent to prison for five years for armed robbery. While there, this man learned to read, took a course on the law, and became a legal secretary upon his release. Eight years later, he’d earned a law degree and opened his very own practice.

Levi didn’t see himself arguing cases in a court of law—defending criminals most likely to be guilty just didn’t appeal to his sense of right and wrong. What he did see, however, is the need for a good and honest person to run the city he’d forever called home.

“Think I could be mayor?” he asked his daughter.

Jamie Lynn always grinned over such talk. “Everybody has to have a dream, Daddy.”

It’s what she always says.

Everything begins with a dream.

She gets that part of her from her mother.

“Once I can read without stopping to ask questions,” he mused, “maybe I’ll throw my hat into the ring, huh?”

“There’s nothing wrong with asking questions,” she answered, weaving wisdom between her words.

She’d been a girl scout, his daughter—daisies and brownies before that. It’s the other girls who bullied her out of the joy that sort of thing once offered. Straight A’s have a way of making others feel inferior, even threatened.

But Jamie Lynn isn’t the type to pine or fret. She chose to tutor—and not just her father, either. Kids come to the house needing to know this and that among mathematics or English or science. Her dream? To be a teacher one day.

And she’ll accomplish that much and more.

Her mother had that very same sense about her as well. She knew what she wanted in life, and cleared the path upon which she traveled.

High school sweethearts they’d been, Jamie Lynn’s mother and father. She’d been the pretty cheerleader, he’d been the All-American boy with a cannon for an arm. She went to college, he didn’t.

But she returned to him, joyfully accepting his proposal for a life together. Her degree carried her back to the high school from which they’d both graduated. This time, rather than student, she became teacher—American History.

Then came their little bundle. This didn’t sit well with the newly-minted history teacher. No sir. It’s as if Levi had intentionally sabotaged his own wife’s career in some fiendish plot to keep her home.

Words of love became “stupid” and “ignorant” and “illiterate ass.” She walked out one evening and never came back to the home they’d built together.

A former student, he’d heard—five years her junior. They’d ran off together, supposedly making a new home somewhere out west.

Levi didn’t challenge it. He received the house and the kid in exchange for his signature on those papers he couldn’t even read.

Jamie Lynn, she’s the light that shined in his darkness, showed him there’s still so much more living to be done. And learning to read, well, that just added to the adventure.

The night came when he read an entire chapter from one of Jamie Lynn’s old middle school books—straight through, unpunctuated by all those starts and stops and nervous questions. By the end of the month, Levi had managed the entire story—all 207 pages.

“We have to celebrate, Daddy,” she insisted.

It’d been the silly draw of embarrassment that twisted his head left and right, his voice saying, “No need to make a fuss, Sweet Pea.”

But fuss is only the beginning. “Dinner and a movie,” she ordered. “Then we’ll stop off at the mall and pick out a few books that you might like.”

There were stories he recalled from his boyhood; books other kids clutched under their arms and took for granted. Stories that stirred so much excitement in those young lives.

They’d belong to him now.

And so was his daughter.

A teacher in the making.

Thank you for supporting this member along the WATCH “RWISA” WRITE Showcase Tour today!  We ask that if you have enjoyed this member’s writing, to please visit their Author Page on the RWISA site, where you can find more of their writing, along with their contact and social media links, if they’ve turned you into a fan.  WE ask that you also check out their books in the RWISA or RRBC catalogs.  Thanks, again for your support and we hope that you will follow each member along this amazing tour of talent!  Don’t forget to click the link below to learn more about this author:

I love old buildings and history. That's why I ended up writing about the history that surrounded me all of my life - "Our Lady of Victory, the Saga of an African-American Catholic Community." Plus our church had closed and the school is torn down, so I felt it was imperative that we preserve the history or it would be lost forever.
View all posts by Shirley Harris-Slaughter →
This entry was posted in RWISA MONTH and tagged BEEM WEEKS, WATCH "RWISA" WRITE, Wordless. Bookmark the permalink.