Posted on January 11, 2018 by Shirley Harris-Slaughter

You have been such a supportive member since the first day you joined and so you deserve your time in the spotlight. I am delighted to host you.

Title: Do You Judge An Author By His Or Her Genre?

You’d be surprised how many people make assumptions about authors’ personalities based on their works’ genre. Horror writers have dark, twisted minds and are capable of committing the atrocities they write about. Erotica writers are perverts. Writers of romance tend to be like their heroines—beautiful women who are lavished with flowers, candy and romantic dinners by more lovers than they can handle (and who all resemble Ryan Reynolds, Zac Efron, Gerald Butler, or Idris Elba) And comedic writers––well, they’re all clowns who don’t take life seriously enough. Really? Come on, people!

We writers are unusual creatures, no doubt. We’re in our heads a lot. We often like to sit apart from everyone and just observe. We have outsized imaginations and we can be inspired by almost anything: a picture, a movie, someone’s smile, a word, a laugh . . . anything! But––we are not what we write. Think of us as actors. A great actor can play the role of a psycho, chef, cyborg, monster or saint and be very believable doing it, but that doesn’t mean he or she is any of those things.

Ramsey Campbell. Look at this guy. Doesn’t he look like he can play Santa Clause in the next remake of ‘Miracle on 34th Street’?

Yet, he has written his share of nightmare inducing horror stories like: Demons by Daylight, Alone with the Horrors, and Told by the Dead. I’m getting goosebumps just thinking about them.

Meet these lovely ladies of Horror

Read all about Mehitobel here.

Angela Graham––Writer of erotica. Does she look like a perve to you? 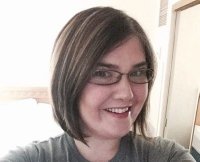 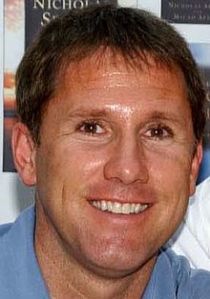 The comedy writer’s job is to make people laugh. That is serious business.

Read this article from WebMD: Give Your Body A Boost––With Laughter

There are many genres of writing and even more writers, and I’m not saying that some of us don’t have a few peculiar quirks and habits. What I am saying is that we are all individuals, and the genre we write has nothing to do with who we truly are. So don’t judge a writer by his or her genre. I guess you’ll just have to get to know us.

Check out these links:

The Odd Habits and Curious Customs of Famous Writers

What are your thoughts on this? What’s your favorite genre? Have you learned anything new with this post?

Vashti Quiroz-Vega is a writer of fantasy, horror, and suspense/thriller. When she isn’t creating extraordinary worlds or fleshing out powerful characters, she enjoys reading, traveling, kayaking, photography, and seeking adventures. She lives in Florida with her husband and fur baby, a Pomeranian named Scribbles (who’s also her writing buddy). 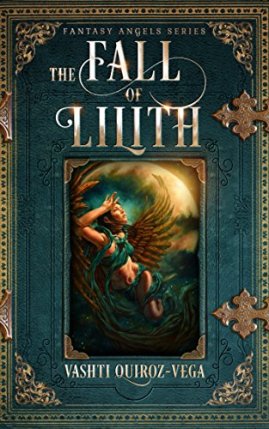 In The Fall of Lilith, Vashti Quiroz-Vega crafts an irresistible new take on heaven and hell that boldly lays bare the passionate, conflicted natures of God’s first creations: the resplendent celestial beings known as angels.

If you think you know their story, think again.

Endowed with every gift of mind, body, and spirit, the angels reside in a paradise bounded by divine laws, chief of which are obedience to God, and celibacy. In all other things, the angels possess free will, that they may add in their own unique ways to God’s unfolding plan.

Lilith, most exquisite of angels, finds the rules arbitrary and stifling. She yearns to follow no plan but her own: a plan that leads to the throne now occupied by God himself. With clever words and forbidden caresses, Lilith sows discontent among the angels. Soon the virus of rebellion has spread to the greatest of them all: Lucifer.

Now, as angel is pitted against angel, old loyalties are betrayed and friendships broken. Lust, envy, pride, and ambition arise to shake the foundations of heaven . . . and beyond. For what begins as a war in paradise invades God’s newest creation, a planet known as Earth. It is there, in the garden called Eden, that Lilith, Lucifer, and the other rebel angels will seek a final desperate victory—or a venomous revenge.

We appreciate you so much for stopping by today. Please be sure to pick up your copy of this exciting book. And don’t forget to stop by the rest of Vashti Q’s tour stops here.

I love old buildings and history. That's why I ended up writing about the history that surrounded me all of my life - "Our Lady of Victory, the Saga of an African-American Catholic Community." Plus our church had closed and the school is torn down, so I felt it was imperative that we preserve the history or it would be lost forever.
View all posts by Shirley Harris-Slaughter →
This entry was posted in Spotlight Authors and tagged #RRBCSpotlightAuthor, fantasy, Genre, horror, RRBC, suspense/thriller, The Fall of Lilith, Vashti Quiroz-Vega. Bookmark the permalink.